The Top 5 Snacks for Weight Loss, According to Science

Home » Eat Empowered » The Top 5 Snacks for Weight Loss, According to Science

We’ve all been there … eyeing the pantry or fridge again, taking a peek to see if anything new has magically arrived to feed that craving. Snacking is practically an American pastime now, especially as we’re all spending more time at home during the pandemic. But, is that really such a bad thing?

Compared to the late 1970s, the average number of snacks Americans eat per day has doubled. And, those between-meal noshes now contribute to about one-fourth of our daily calories. That being said, there is no correlation between the number of daily snacks you’re eating and weight.

Choosing smart snacks that are high in fiber, protein and healthy fats can actually be a smart part of a weight loss plan. This way, you’re not sitting down to your main meals feeling ravenous and devouring way more than you had originally planned (been there, regretted that)! Plus, it’s an easy way to add important vitamins and minerals to your diet.

For most adults, one to two snacks per day is a wise way to keep energy levels humming from morning to night. The foods below, in particular, have been shown to be smart snacks for weight loss. For more tips and tricks that may help move the needle on the scale, check out “The Snack Factor Diet: The Secret to Losing Weight—by Eating More,” by Nutritious Life Founder Keri Glassman.

No need to stock up on trendy foods—these tried-and-true classic snacks will help you fill up without seeing the number rise on the scale.

An afternoon snack of Greek yogurt with 24 grams of protein, (about 9 ounces of Stonyfield Organic Plain Whole Milk Greek Yogurt) decreased hunger, boosted fullness, and led to eating less at dinner for participants in a study published in the journal, Appetite. This was in comparison to study participants who had no snack or ate a low-protein pick.

For an even bigger health boost, try topping the yogurt with fiber-rich fruit such as raspberries or diced pears.

In addition to improving cholesterol, a snack of almonds was correlated with less hunger and better blood sugar control in a European Journal of Clinical Nutrition study. Participants ate 43 grams—or about 29 almonds—for a 250-calorie snack that landed them at a lower daily calorie total than those who went sans snack. The researchers believe the almonds were so satisfying that the individuals had less appetite at subsequent meals and snack times.

An even better way to eat almonds is to cut the portion slightly, and add in some fresh fruit, such as a handful of berries or a half-sliced apple for an additional boost of nutrients.

RELATED: Raw vs. Roasted vs. Sprouted: Which Nuts Are Healthiest?

Compared to a granola bar snack of equal calories or no snack at all, a hummus snack was linked to less later-in-the-day snacking and fewer desserts, in a study published in The Journal of Nutrition. Those who eat hummus have a higher “Healthy Eating Index” score, which means that perhaps this nutrient-rich, low-calorie weight loss snack triggers a better choice later in the day as well.

Tack on more fiber, nutrition, and hydration by scooping up hummus with cucumber slices, carrot sticks or bell pepper wedges.

Compared to a higher-carb, equally-caloric item, obese individuals who ate eggs felt more satisfied, and ate fewer calories for the next several hours, per a study in the Journal of the American College of Nutriton.

Try two hard-boiled eggs (sprinkled with everything bagel seasoning, or your favorite chopped herb) for a filling, figure-friendly snack.

This one goes out to all the bedtime snackers. Consuming 30 grams of protein (about an 8-ounce serving) in the form of cottage cheese just before bedtime boosted metabolism of nighttime noshers.  That means that the muscle-building macronutrient can help repair cells while also taming your appetite as you rest up. 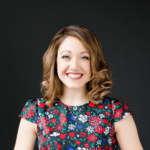