The Truth About Resetting Your Metabolism, and Tips From a Top Weight Loss Doctor

Home » For the Pro » The Truth About Resetting Your Metabolism, and Tips From a Top Weight Loss Doctor

You don’t need an MD degree to know that weight loss results from burning more calories than one eats. But metabolism plays a big role here: After all, it’s responsible for regulating how quickly those calories are burned to create energy. As such, the more we can do to help our clients convert food into energy with speed and efficiency, the more we can help them.

But it’s important to be realistic. After all, weight-loss experts agree that “resetting” your metabolism with a cleanse, keto diet, or fasting simply doesn’t deliver sustainable results. What’s more, when weight loss is the goal, focusing on minute metabolic improvements is less effective than zeroing in on excess caloric intake, according to Dr. Charlie Seltzer, M.D., a weight-loss physician based in Philadelphia. Here’s what else you need to know about how to “reset” the metabolism.

Metabolism is the series of biochemical reactions that occur within the body to keep it alive. It’s responsible for synthesizing carbs, protein, and fat from food into bodily tissues and fat (constructive metabolism). It’s also tasked with breaking down substances—including the calories we eat and sometimes body fat—into energy (destructive metabolism), thus fueling every process in the body.

So how can metabolism impact your nutrition coaching client’s weight-loss goal? While dietary changes that provide sustainable solutions for appetite control will still be your best bet to help a client achieve success, Dr. Seltzer says, certain lifestyle factors can increase the body’s metabolic rate—at least a little—leading to greater caloric burn and potentially resulting in weight loss.

What Is a Set Point?

Some experts believe the body has a “set point,” or certain weight that it will try to maintain regardless of weight gain or loss. In some ways, this explains why yo-yo dieting is so prevalent: After losing a few pounds, the body turns up its hunger signals to “help” you return to your original weight, making it difficult to maintain the loss, Dr. Seltzer explains.

“There’s still a lot we don’t understand about weight, metabolism, and appetite,” he says, “but it’s believed that we have compensatory mechanisms.”

The thing about this theory is that it makes the future look bleak, especially among those who put in an honest effort to lose weight and expect metabolic changes to support that journey.

If a client’s goal is to lower their weight, one way to adjust their set point is to encourage them to lose weight gradually—say, a 10 % weight reduction—and maintain it for about six months before attempting to lose more, Dr. Seltzer says. This way, your body can adjust and, in theory, create a new set point.

What Factors Affect Your Metabolism?

The rate at which the body burns calories to create energy needed to fuel basic functioning is known as the basal metabolic rate (BMR). Body size, muscle mass, gender, and age all contribute to BMR. While there are some mechanisms by which one can increase their BMR to promote weight loss, the truth is that it’s appetite, not a slow BMR, that typically contributes to weight gain, Dr. Seltzer says. (After all, the larger your body mass, the more calories your body burns at rest.)

Besides BMR, which is the body’s primary calorie burner, two other factors contribute to overall caloric output. These include activity-induced thermogenesis, which covers non-exercise activity, like pushing a grocery cart through the store and exercise, and diet-induced thermogenesis (DIT), i.e., eating—that’s right, eating. See, when we consume snacks and meals, the body burns calories to chew, swallow and digest said food, leading to a temporary increase in metabolism that can account for as much as 15% of the calories we burn every day, according to Dr. Seltzer.

”Tucking in early (or sleeping in late) is the easiest thing you can do for weight control.”

How to Increase Metabolism

While certain behaviors burn calories by virtue of their energy requirements, there are many lifestyle factors that can increase your resting metabolic rate (RMR) or calories your body burns at rest.

1. Fill your plate with protein.

Skimping on sleep lowers your RMR, decreasing your calorie burn in promotion of obesity, Dr. Seltzer says. Assuming you don’t struggle to fall and stay asleep, tucking in early (or sleeping in late) is the easiest thing you can do for weight control.

Because it takes energy to turn amino acids into muscle tissue to recover from a strength-training workout, building muscle at the gym can increase the calories you burn after you leave the gym.

“This raises the metabolism for a period afterward,” Dr. Seltzer explains, with a warning: “We don’t know whether this leads to weight loss since people tend to compensate by increasing their food intake thereafter.”

Dehydration drops your metabolic rate, according to Dr. Seltzer. Rehydrating after a workout or simply sipping a non-caloric beverage throughout the day can counteract this adverse effect.

Sans cream and sugar, which could offset its effects, caffeine-containing beverages like coffee and tea both raise the metabolic rate to burn extra calories and act as a performance enhancer so you can work out harder, which can contribute to overall calorie output.

Research has linked intake of capsaicin-containing foods such as chili peppers to a lower prevalence of obesity—and researchers think they know why: The compound raises body temperature and oxygen intake, increasing calorie burn, though it’s not going to suddenly put you into a smaller dress size overnight.

Research suggests that the essential oil in cinnamon known as cinnamaldehyde amps up calorie burn by increasing the activity of certain genes, enzymes and proteins that play a role in fat metabolism. (That said, the jury is out on how much cinnamon you’d need to consume to make a difference—a sprinkle here and there may not be enough.)

Besides caffeine, green tea contains epigallocatechin gallate (EGCG), a substance that increases fat oxidation and energy expenditure by as much as 4% for 24 hours. (“It’s a very mild increase in metabolic rate,” says Dr. Seltzer, putting things in perspective.)

No matter what’s on your plate, introducing food to the system will increase the metabolism via thermogenesis, says Dr. Seltzer.

Larger meals create more significant thermogenic effects, says Dr. Seltzer, meaning they increase your metabolism more than grazing throughout the day. Although research has also shown that grazers (those who eat several mini meals throughout the day as opposed to one big one) eat significantly less when they sit down to eat hours later. The smaller meals or snacks helped to balance insulin levels and reduce the release of hunger hormones.

The Truth About ‘Resetting Your Metabolism’

“Resetting your metabolism” is a phrase you’re more likely to hear in an outdated women’s magazine than a medical textbook. That said, the techniques above can increase the metabolism, even if ever so slightly. “It can be done,” says Dr. Seltzer, “but if the goal is to lose weight, you should first think about how much you’re eating since the problem you’re solving is more likely to be an appetite issue than a metabolism one.” 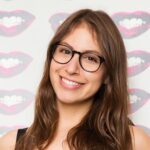