What is Black Sugar?

Black sugar has been buzzing around the nutrition community for a while. Let’s be honest, sugar is always a topic of conversation around our table. Are some kinds better than others? How much should you actually eat?

While you probably know options like maple syrup or raw honey may be less processed than white table sugar or high fructose corn syrup, you may be wondering what the deal is with black sugar. Is the buzzy ingredient healthier than more mainstream alternatives?

We’re breaking black sugar down and telling you everything you need to know.

What is black sugar?

Black sugar traditionally hails from Okinawa, Japan, one of the world’s five “blue zones,” AKA longevity hotspots where a higher-than-normal number of people live to age 100. TBD on whether or not that’s a coincidence.

You can think of black sugar, also called ‘kokuto,’ like a diamond in the rough. It’s essentially white cane sugar that hasn’t been refined yet. Black sugar is typically made by boiling sugarcane juice until it turns into a dark syrup. That syrup is then cooled, leaving dark brown-black blocks of sugar. Refined white sugar, on the other hand, goes through a number of different processing steps, like harvesting, washing, extraction, purification, and crystallization, among others. Along the way, the sugarcane’s molasses is removed completely to produce its signature bright white hue.

You might be wondering: how does brown sugar fit into the picture? Just like white sugar, the brown sugar we typically use in baking has its molasses removed. The only difference is that the molasses then gets added back in during processing. It’s essentially white sugar that gets coated in some molasses. In black sugar, the molasses remains intact from the start, hence its notably darker appearance.

How does black sugar compare to white sugar?

From a nutritional perspective, black sugar may be a slightly healthier choice than your classic table white sugar thanks to its molasses retention. That’s because the syrup serves up important minerals, like iron, magnesium, manganese, and copper. Fun fact: black sugar has been used to treat symptoms of PMS among Asian women. Relief associated with the ingredient may have something to do with black sugar’s mineral content. Magnesium, for example, can help promote muscle relaxation and may ease painful menstrual cramps.

Specific nutritional info on kukoto is hard to come by, but it’s safe to assume that the ingredient is similar to other forms of sugar, which typically serve up 4 calories per gram.

Flavor-wise, black sugar has a layered taste: it’s said to be slightly saltier than standard table sugar, with hints of caramel mixed in. Yum.

How to use black sugar

Black sugar can come crushed or in block form, and it’s used to add flavor to both sweet and savory recipes. In Japan, it’s not uncommon for the ingredient to be used in entrees like braised pork belly. Of course, Okinawa black sugar can also be used to sweeten up desserts.

Another idea we love: the ingredient can be combined with water to produce a sweet syrup that’s added to bevs like boba tea. Could kokuto coffee be the new dalgona?

It’s less processed and may offer up a little bit more nutrients than white sugar, but black sugar is still sugar. Don’t go crazy adding the sweet stuff to your cart.

Try to keep your added sugar intake as low as possible by prioritizing the natural sugars found in foods like fruit, starchy veggies, and yogurt. Of course, eating sweets as conscious indulgences are a-ok (and in fact encouraged)! If you feel like baking your fave brownies using black sugar, go for it. The ingredient can usually be found at Asian markets or online. 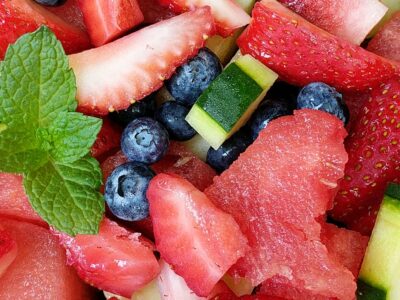