The Battle of Puebla, a key battle in the French-Mexican war, took place on May 5,1862. Today, Cinco de Mayo (which translates to the fifth of May) is a holiday in Puebla, but not really celebrated throughout the rest of Mexico. Mexican Americans brought the holiday to the United States early on as a way to commemorate their heritage. Ever since, Cinco de Mayo has evolved into a day for Americans to celebrate the delicious beverages and food traditions of Mexico.

Read on to discover the rich culinary history of Puebla, Mexico, and its contributions to Cinco de Mayo food traditions. You’ll be making these five mouth-watering recipes for years to come!

Cinco de Mayo is an excellent opportunity to explore the bountiful culinary culture of Mexico and even more specifically of Puebla, Mexico.

As you’re celebrating Cinco de Mayo,be mindful of what you eat and drink. Any holiday menu can become quite decadent, but Nutritious Life founder Keri Glassman, MS, RD, CDN, believes there is a place in an otherwise healthy diet to enjoy rich, flavorful and celebratory food.

“If you are mostly eating healthfully and making good choices with your nutrition, lifestyle and exercise, there is room to indulge consciously with food on occasion,” Keri says.

Celebrate the essence of Cinco de Mayo by bringing some of the traditional dishes from Puebla into your kitchen this year.

(Image: Mexico In My kitchen)

Mole Poblano, like this recipe from Mexico In My Kitchen, is considered a signature dish of Puebla. Mole, meaning concoction, is a rich sauce containing numerous seeds and spices that give it a distinct flavor and also offer many health benefits. Mole traditionally is made from unsweetened Mexican chocolate that is rich in flavonoids. Mole Poblano usually contains lard, so we recommend eating this rich and decadent sauce sparingly. Chalupas, another traditional Pueblan dish, are made with a crispy masa (dough made from corn that has been soaked in lime water and ground) shell and toppings. We love this authentic Mexican chalupa recipe from Garlic & Zest, which was created by a chef from Puebla. It’s  topped with a dash of creamy queso fresco and bright tomatillo sauce. Tomatillos are an excellent source of antioxidants. Chalupa shells are traditionally fried, so try pairing with extra veggies and don’t go overboard with them. Molotes, which are similar to empanadas, are also masa-based and stuffed with the fillings of your choice. This antojito, or snack, is said to have originated either in Puebla or in Oaxaca (two Mexican cities known for their gastronomy). We love stuffing molotes with veggies to boost antioxidant, and fiber intake. This particular molote recipe from Broke Bank Vegan features poblano peppers, which are native to Puebla.

Poblano peppers offer an opportunity to add a nutrient-dense dish to your Cinco de Mayo table. Poblanos contain vitamin C and capsaicin, which offer antioxidant and anti-inflammatory properties. In this vegetarian recipe from Cook With Manali, they’re stuffed with black beans, vegetables and an array of healthy spices. This sweet and creamy beverage, a Mexican twist on eggnog, is said to have been created by Mexican nuns in the Santa Clara Convent in Puebla in the 17th century. Made with milk, egg yolk, spices, sugar and rum, this rompope recipe from Muy Delish can be served warm or over ice for the perfect, decadent treat.

No matter what Cinco de Mayo food traditions you add to your menu, don’t forget to enjoy yourself! Making empowered food choices is an important part of your whole-person approach to a healthy lifestyle, but so is celebrating cultures and traditions, having fun, and connecting with friends.

For more recipe inspiration for your Cinco de Mayo celebration, check out 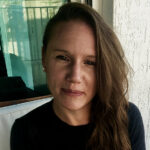 Jacqui Somen is a freelance writer who explores topics in fitness, wellness, sustainability and adventure. She is also a NASM-certified personal trainer with trauma-informed training.