Estrogen Dominance: What It Is and Why You Can and Should Treat It

Home » Nurture Yourself » Estrogen Dominance: What It Is and Why You Can and Should Treat It

As the chief chemical messengers of your body, your hormones play a large role in how well it functions and operates. Whether it’s estrogen, progesterone, or testosterone, your sex hormones are constantly fluctuating. On top of that, your lifestyle can affect your ability to metabolize your hormones.

This can lead to unwanted symptoms, like heavy or missed periods or difficulty losing weight—all of which are signs that you may have a condition known as estrogen dominance.

What Is Estrogen Dominance, Exactly?

Women with estrogen dominance have one of three scenarios, says Dr. Nisha Chellam, MD, a board-certified internal medicine and holistic and integrative health physician at Parsley Health. These include:

“In conventional medicine, when we define a disease, there has to be consistent levels. The problem with estrogen is that the levels go up and down because it’s a cyclical hormone,” Dr. Chellam explains. “So that’s why estrogen dominance is not a clinically relevant condition. But we know that women who are unable to break down their estrogen, for whatever reason, tend to have more symptoms, and what drives that estrogen dominance can vary for each individual.”

In women, estrogen dominance can lead to hormonally driven diseases, such as breast and uterine cancer, endometriosis, and polycystic ovary syndrome (PCOS), among others, says Bill Cole, a doctor of chiropractic, functional medicine practitioner and founder of The Cellular Health Accelerator program. For men, it puts them at higher risk for prostate cancer, infertility, and mood disorders.

To make sense of what estrogen dominance is, it’s important to understand the menstrual cycle because your levels of estrogen and progesterone are dictated by what happens during your cycle, Dr. Chellam says.

“In women, estrogen dominance can lead to hormonally driven diseases, such as breast and uterine cancer, endometriosis, and polycystic ovary syndrome (PCOS).”
— Bill Cole, a doctor of chiropractic and functional medicine practitioner

“In some women, the estrogen peak [during ovulation] is so high or it’s normal, but the progesterone is not as high when the egg is released. But that’s not something that happens in isolation,” Dr. Chellam says. “When there’s a system problem, like heavy periods, missing periods, or shorter cycles, it’s a system failure. The question is where is the system failing and what’s disrupting it—is it the estrogen or progesterone level?”

“That’s why it’s important to catch it during the cycle, so if you have a 28-day cycle, we try to look at the level around day 21,” she says. “So we can catch the estrogen and progesterone levels and see if they’re in the normal range.”

Subcutaneous (under the skin) fat, which is harder to lose than visceral (in your abdominal cavity) fat, is one of the biggest indicators of estrogen dominance in women and men. Because estrogen is stored in the subcutaneous tissues, you have to adjust the estrogen levels in order to get rid of this type of fat, Dr. Chellam says.

According to Dr. Chellam and Cole, women who have estrogen dominance usually experience:

In men, Cole says the most common symptoms are:

Keep in mind that these symptoms can be signs of other health conditions, so it’s important to see your physician to get a proper diagnosis.

What Contributes to Estrogen Dominance

It’s important to note that there is good and bad estrogen, Cole says. “The good estrogen should comprise about 60% to 80% of a person’s total estrogen,” he says. This is the type of estrogen that offers heart-protective benefits.

There are many factors that play a role in someone being estrogen dominant. For example, it could be a change in your genes that makes the process of breaking down and getting rid of estrogen slower for some people, Dr. Chellam says.

“We have to evaluate why you have a more difficult time breaking down your estrogen (why your estrogen levels are higher than your progesterone),” she explains. “It could be exposure to
xenobiotics (foreign chemical substances), which disrupt your estrogen action and keep them from being metabolized, or it can be a liver or gut problem.”

The detoxification pathway of the liver, which is crucial for breaking down and removing harmful estrogen that can damage DNA and cause cancer, needs to be functioning well, Dr. Chellam says.

“Whenever (the bad estrogen) is formulated, it needs to be deactivated by the liver. But if the liver is stressed and not functioning properly, the excess, problematic estrogen can’t be metabolized and deactivated, and it remains in the body,” Cole says.

To help you figure out how well you’re metabolizing estrogen, Dr. Chellam says there are genetic, blood, gut and hormone tests. “We have specific labs that look at how estrogen is broken down to make sure you’re making the protective type of estrogen that supports cardiovascular health and bone density and not the one that can damage DNA and cause cancer,” she says.

That said, the foundation of the issues that contribute to estrogen dominance comes down to your lifestyle. When your blood sugar levels aren’t stabilized, it increases cortisol (the stress hormone), which in turn drives up insulin. This causes a cycle of overeating, and when you overeat, the more fat is stored in your cells, Dr. Chellam explains.

“When you have fat cells, there’s an enzyme called aromatase that converts testosterone to estrogen,” she says.

Cole also notes that the standard American diet (SAD) is chock-full of sugary, processed foods and unhealthy fats, which can lead to fatty liver disease, inhibiting the liver’s ability to detoxify the body further.

In addition to a poor diet, gut dysbiosis—or an imbalance of good and bad gut bacteria—can contribute to estrogen dominance. “A balanced microbiome is essential for a properly functioning, balanced body. How does dysbiosis take hold? The overuse of antibiotics and antibacterial soap, exposure to toxins like herbicides and pesticides, unhealthy diets, and unmanaged stress,” Cole says.

How Estrogen Dominance Is Treated

Estrogen dominance can be treated with supplements such as DIM (diindolymethane) and maca root to help balance the hormones, says Dr. Chellam. DIM is a compound found in cruciferous vegetables that can help with breaking down estrogen. In certain instances, like if low progesterone is what is driving estrogen dominance, she may also prescribe a progesterone supplement.

She also recommends following a plant-forward diet packed with vegetables, especially the cruciferous kind, and eliminating alcohol, processed foods, and animal products, such as meat and dairy—at least for 90 days to help detoxify your body. Then, you can slowly reintroduce ethically-raised dairy and meat.

“Most of the animals in farms are industrialized. Cows are artificially impregnated to produce milk, and because of this, they have high levels of estrogen, which impacts the meat. Their cortisol levels are also high as they are artificially impregnated and never given time to recover between pregnancies. So when we eat the muscle of the cow or drink the milk, we disrupt our hormones,” Dr. Chellam says.

Moreover, consuming more vegetables, such as carrots, celery, and broccoli, and using spices such as cumin, anise, and coriander can also help support methylation in the body, which is a chemical reaction integral to the detoxification process, Cole says.

Exercise, particularly strength training, can also help with estrogen dominance because building muscle helps reduce body fat, where estrogen is stored. Moreover, better sleep and stress management can help drive down cortisol levels, which can contribute to estrogen dominance.
Dr. Chellam and Cole also both suggest using an infrared sauna to help with the detoxifying process.

“In order to have healthy, balanced hormones, you must have a healthy liver that’s under-burdened by toxicity. To that end, avoid toxins to the greatest extent possible and replace everyday products with safer alternatives,” Cole says.

If you’re experiencing common estrogen dominance symptoms and suspect you have an underlying health condition that could be affecting your hormones, talk to your physician to get a proper diagnosis and a treatment plan that’s right for you. Don’t start a new supplement regimen or make changes to your diet and exercise routine before first consulting your doctor. 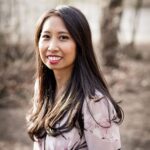 Tiffany Ayuda is a Brooklyn-based editor and writer who specializes in fitness, nutrition, health, and wellness. She has held previous editorial roles at Prevention, Eat This, Not That, Daily Burn, and Everyday Health.