In the movie version of our lives, free radicals are the villains; they stalk you from all angles and threaten to ruin your skin and overall health.

Antioxidants are the superheroes; they are the only ones who can ward off free radicals and protect us against their threats.

RELATED: What Are Antioxidants and What Do They Really Do?

And you likely already know this, but they don’t wear tights or capes. They come all dressed up in fruits, vegetables, and other healthy foods. Those foods should fill your diet, and we can help. (After all, Keri literally wrote a book on antioxidants! Check out The O2 Diet: The Cutting Edge Antioxidant-Based Program That Will Make You Healthy, Thin, and Beautiful.)

We went through our recipe database to pull out all of the most antioxidant-packed dishes. These meals are high in foods known for their high antioxidant levels, like berries, turmeric, and the darkest greens. Add them to your regular diet and there’s a way better chance that that movie version of your life will have a happy ending. 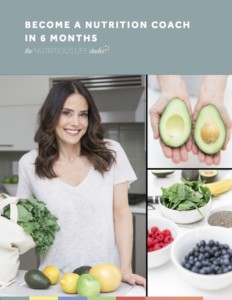 TAKE A FREE CLASS
Become a Nutrition Coach! Get certified. Grow your business. Join our thriving community. *Speak to a Program Advisor Now!*
Hello. Add your message here.
Send this to a friend